The Madrasah or Madraza - the First 13th-Century University in Granada 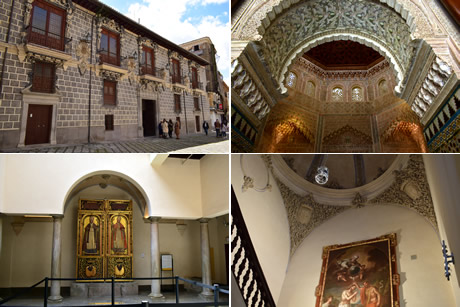 The Madraza was the first university in Granada, founded by Yusuf I in 1349, who gave the building all the Nasrid splendorous style. 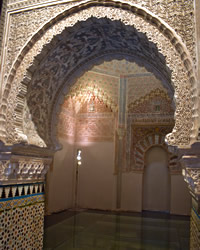 There were relevant poets, philosophers, politicians, doctors, etc... among its students and teachers. For instance, Ibn al-Khatib or Ibn Zamrak, whose poems decorate the walls and fountains of the Alhambra.

Located in the heart of Granada, in Oficios Street, is the only Nasrid building that remains in this area, a very important area at that time since here was the main Mosque of Granada and the main bazaar: the Alcaicería.

The Catholic Monarch, Ferdinand II, gave the building to the Cabildo´s house (town hall) in 1500, after the content of its library was burnt by Cisneros in Plaza Bib-Rambla. It was, sadly, one of the biggest public bonfires across Europe. 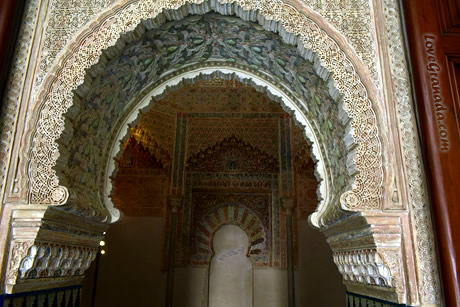 And since then it has been completely transformed to reach its current baroque appearance in 1722, demolishing the remains of the former Arab construction.

Until 1841 the Town Hall was located here - also known as the Old Town Hall - and finally, the state recovered it in 1943.

Nowdays is part of the University of Granada and became the headquarters of the Real Academia de Bellas Artes Nuestra Señora de las Angustias (Royal Academy of Fine Arts).

From its Nasrid splendorous past we can see only the Oratory and its beautiful mihrab. Admire its amazing octagonal dome. However, it underwent extensive restoration work. The rests of its white marble facade are at the Archaeological Museum of Granada. 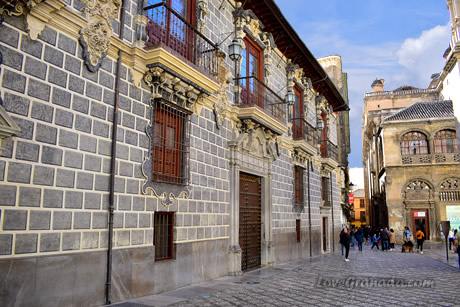 
Entrance fee
Entry to the Madraza is 2 euros.

Contact Information and How to Get to the Madraza 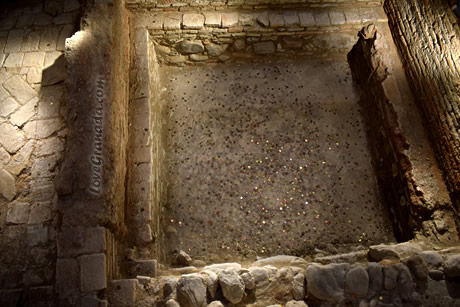 The Madraza is located at the heart of Granada in Calle Oficios, near the Cathedral, in front of the Royal Chapel (Capilla Real).

© Copyright • LoveGranada.com • Any use of the content, including copying of it in whole or in part is prohibited.
Opinions about Madraza of Granada
A hidden Moorish treasure that was covered over for years

Because it was covered over by the Christians it wonderfully preserved and well worth a visit.
I have left my heart in Granada

Of all of the cities in the world I have visited, I have left my heart in Granada. It has a warm feel, and feels like home for me (Paul).

Alhambra Tickets
Where and how to buy tickets for the Alhambra and where to collect them, what to do if tickets are sold out.
Home » Granada Monuments » Madraza