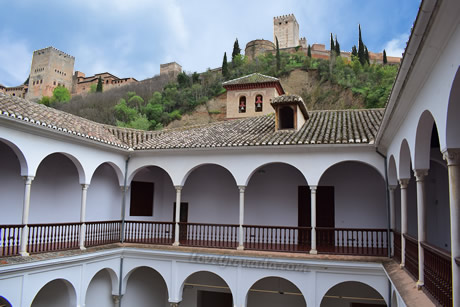 The Archaeological Museum is located at the Casa de Castril, a XVI century palace built in 1539 by the heirs of Hernando de Zafra, the secretary of the Catholic Monarchs. 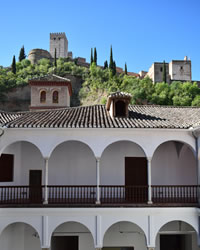 Its outstanding facade, in a plateresque style, is considered to be Sebastian de Alcantara's work. 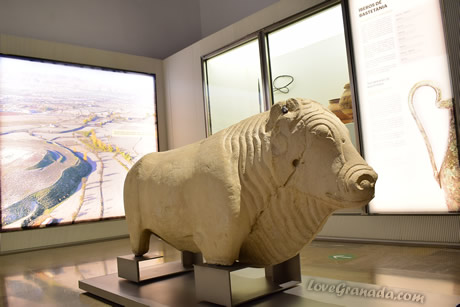 It was founded in 1879, becoming one of the first archaeological museums in Spain.

The Archaeological Museum of Granada has two floors and a beautiful courtyard. There are three galleries which host a collection of items from different historric periods.

Through valuable objects found in the province of Granada it shows the everyday life of the Iberians, Phoenicians, Romans and Moors, who lived in Granada many centuries ago. 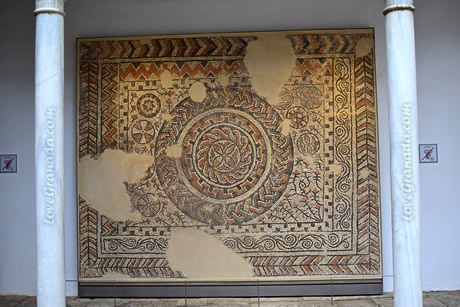 Room 1 explores human settlement in Granada through the Palaeolithic and Neolithic periods. There are very interesting items from Orce and the Cueva de la Carigüela.

In Room 2 the exhibition explores Phoenician and Greek culture through remains found in Granada.

Room 3 displays surviving objects from the Roman age and some treasures from the Nasrid period, such as the Ibn Zawal's astrolabe found in the Albaicín in 1481.

A final section in the patio displays large items, such as mosaics and capitals. 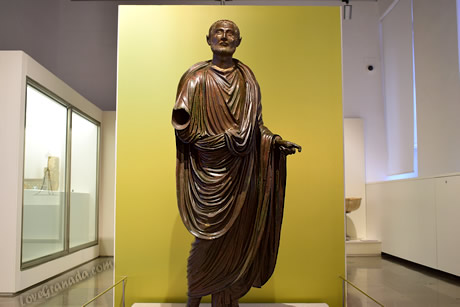 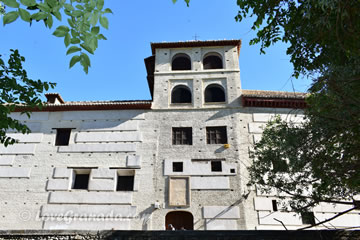 © Copyright • LoveGranada.com • Any use of the content, including copying of it in whole or in part is prohibited.
Opinions about Arqueological Museum in Granada
Interesting museum but not must see

Has three areas, each offers different periods of the history of Granada. The artifacts are nothing special but the museum has lovely courtyard with amazing view of the Alhambra from the second floor.
Probably the best artifact is the beautiful bronze Roman statue of a man.

Explanation boards in Spanish and English. Not a must museum but you can visit it if you are in the area.
History of Granada up to the Christian conquest

The recently reopened museum located in a beautiful old building called Casa de Castril built in 1539 on the Carrera del Darro. Has artifacts starting from Paleolithic.

Here you can learn about the history of Granada up to the Christian conquests and visit the gallery of the Moorish times. Some artifacts are thousand years old.

Alhambra Tickets
Where and how to buy tickets for the Alhambra and where to collect them, what to do if tickets are sold out.
Home » Granada Museums » San Juan de Dios Museum