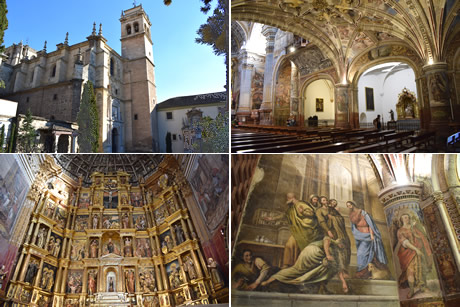 San Jerónimo Monastery in Granada is the first monastery to be built after the conquest of the city by the Christians. Here was buried the Great Captain. 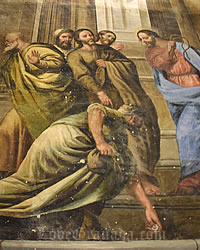 The construction of the monastery of San Jerónimo began in 1496, at a place called the Almoravid, now occupied by the hospital of San Juan de Dios. All the stones used for its construction were taken by the Kings from the Arab gate of Elvira.

The first courtyard of the Monastery of San Jerónimo has thirty-six semicircular arches with shields with the initials of kings, the first Archbishop of Granada and the monk Jeronimo Hernando de Talavera.

The second has short arches in the Gothic style. The main attraction of the Monastery of San Jerónimo is the sacristy, one of the best examples of Spanish Baroque.

The viewer is dazzled by the sight of the effect the light has on the ornamentation created by Luis Cabello, who produced more than a thousand carvings.

The Monastery of San Jerónimo also has one of the best works of Gil de Siloe, his beautiful altar.

Entrance Tickets and Opening Hours of the Monastery The entrance fee is 4 euros. Children under 10 years: free.

Guided tours on Sundays at 11:00. Price: 7 euros (including the entrance to the monument).

Location and How to Get to the Monastery How to get there

You can reach Monasterio de San Jeronimo in City Bus route 25, bus stop 'Cran Capitan'. You can also take buses U2 and U3 which stop nearby.

Where and how to buy tickets for the Alhambra and where to collect them, what to do if tickets are sold out.
Home » Granada Monuments » San Jeronimo Monastery in Granada