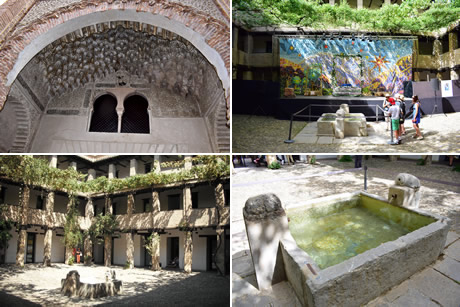 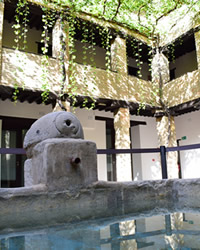 It was was built in the fourteenth century by Yusuf I and was Coal yard, warehousing of goods and shelter of merchants. 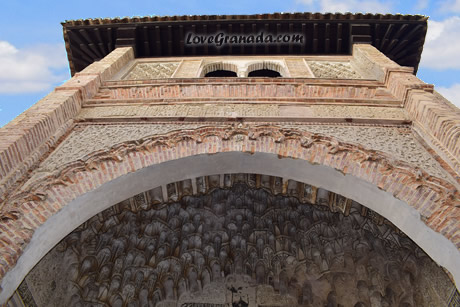 Later in the sixteenth century, Christians adapted it for stage performances.

The construction consists of an entrance pavilion and an inner body with a courtyard surrounded by galleries and craft rooms.

The center square is occupied by a pile of stone with side pipes. The front of the Corral del Carbón has a large pointed arch.

Now houses a tourist information office and the bookstore.

The entrance to the Corral del Carbón is free. 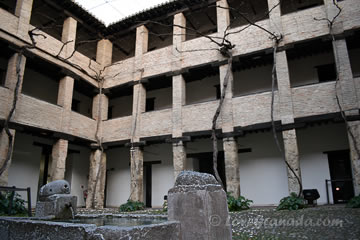 How to Get There

© Copyright • LoveGranada.com • Any use of the content, including copying of it in whole or in part is prohibited.
Opinions about Corral del Carbon in Granada
Imagine what life was in Nasrid-era building

14th century building which was used for coal storage and as a lodging house for merchants. It is the only surviving Nasrid-era building of its type in Spain.

For me the best part is the entrance. You should stop there for a while to appreciate all the details of its decoration.

Once inside, there is not much to see, but you can imagine what life was like in that Alhóndiga in the Nasrid era. It is free and it takes little time to see it.

Alhambra Tickets
Where and how to buy tickets for the Alhambra and where to collect them, what to do if tickets are sold out.
Home » Granada Monuments » Corral del Carbon de Granada