What to See in Salobreña – Monuments, Churches and Beauty Spots 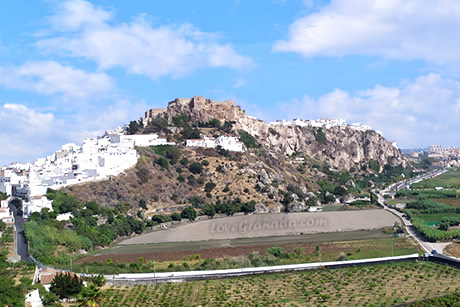 The three most notable neighbourhoods of Salobreña are the Brocal, with its beautiful façades and alleys, the Albaycín, next to the Castle, with good views from its almost 100 m altitude, and La Fuente, with its whitewashed houses and floral patios. 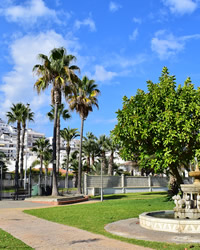 It is essential to take a walk along the Paseo de las Flores, where the first settlers of this area settled, and to pass through the Bóveda, an intriguing medieval passage that connected the Albaycín neighbourhood with the old Medina. 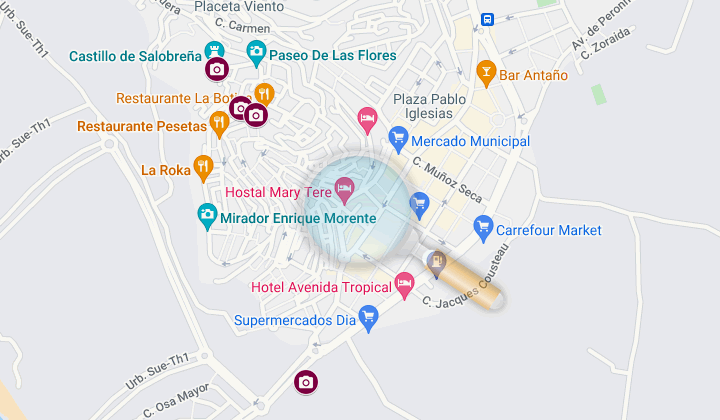 The Castle of Salobreña

At the top of the rocky hill of Salobreña is the Old Town where you can find well-preserved remains of a Phoenician fortress, which was later rebuilt by the Romans and Arabs.

In the Nasrid era, the Castle of Salobreña was a royal prison and within its walls were confined Yusuf III, Muhammad IX and Muley Hacén himself, among others.

A Nasrid and Christian fortress alike, the Castle is the best preserved in the coastal region, and from the height of its Alcazaba (citadel) you can see much of the coastline.

Enjoy the beautiful views of the town, the fertile valley and the lofty peaks of the Sierra Nevada that gleam with their white winter mantle. Don’t miss the artistic night lighting of the castle! 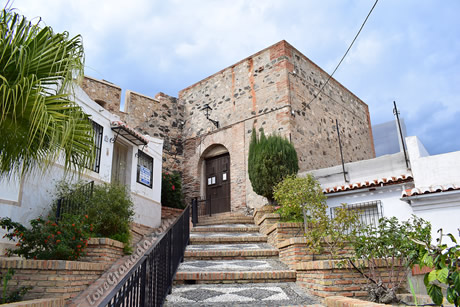 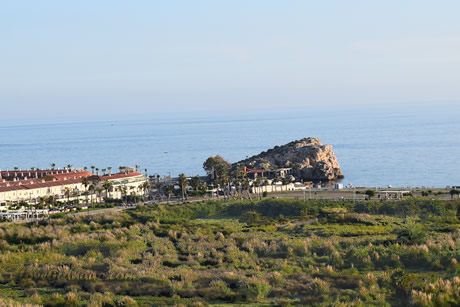 El Peñón is one of the most emblematic places of Salobreña.

Located at the end of the Paseo Marítimo, on the beach bearing its name, El Peñón is an indisputable part of the beauty of this town.

At first it was an island separated from the peninsula of 'Selambina', the Salobreña of antiquity.

A Paleo-Christian necropolis, a place of worship or maritime sanctuary in Phoenician times, there have also been found archaeological remains of Roman times.

Nowadays, The Rock is a fashionable place to go bathing, with its calm, crystal-clear waters.

From its top you can admire the Costa Tropical, its beaches, the Old Town and the Castle.

Young people of the area have been known to climb the rocks of El Peñon in order to jump into the water in a somewhat dangerous dive. This is not advisable.

Our Lady of the Rosary Church

Near the Castle, in the historic centre of the town, is the Parish Church of Our Lady of the Rosary (Iglesia de la Encarnación).

This is an example of Mudejar work from the sixteenth century which was built on the remains of an old mosque.

The original roof was made of wood but caught fire in the early nineteenth century. However, the church has preserved valuable images of the sixteenth and seventeenth centuries, such as that of the Virgin of the Rosary.

If you look at the side door by the entrance, you will see beautiful Arabic tiles and a tower with battlements.

Its square was a Christian cemetery until 1789.

Opening hours: the church is open to tourists only during hours of worship, from Monday to Saturday at 20:00, and on Sundays and public holidays in the morning. 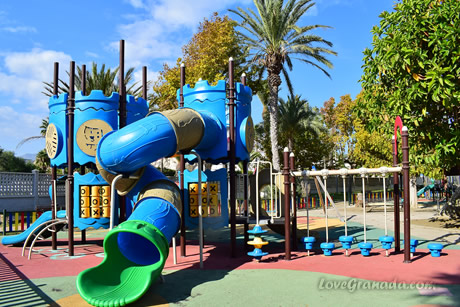 In the Avenida del Mediterráneo, near the beach, this large green space of Salobreña hosts numerous species of plants and flowers, as well as birds and other small animals.

There is a play area with swings for children which is often the scene of cultural events and activities.

It is temporarily CLOSED.

Located in the old Town Hall, this small museum summarizes the history of Salobreña from its origins almost 6,000 years ago. 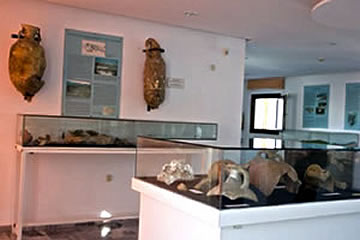 It has two rooms, dedicated to archeology and the works of the local artist Gabriel Guirado, with samples of crafts, photography among other things.

The geological formation of the valley and the historic evolution of the area since prehistory are presented here, along with samples of utensils and models of the village.

Also accessible is the ground floor of the former Royal Prison dating from the sixteenth century.

© Copyright • LoveGranada.com • Any use of the content, including copying of it in whole or in part is prohibited.
Opinions about What to See in Salobreña
No reviews yet.

Alhambra Tickets
Where and how to buy tickets for the Alhambra and where to collect them, what to do if tickets are sold out.
Home » Costa Tropical » Salobreña » What to See in Salobreña