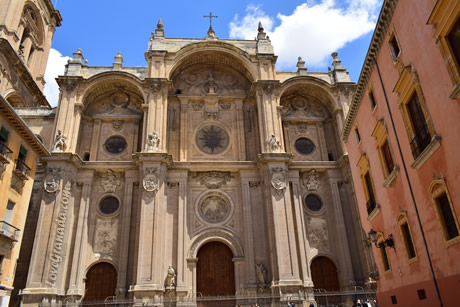 Granada Cathedral was built by Queen Isabella immediately after the conquest of Granada on the site of the Mosque. This cathedral is a masterpiece of Spanish Renaissance style. 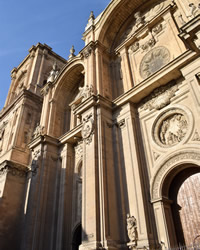 Cathedral of Granada has impressive facades and a stunning interior with a grand altar and several chapels. It is the 4th largest Cathedral in the world. 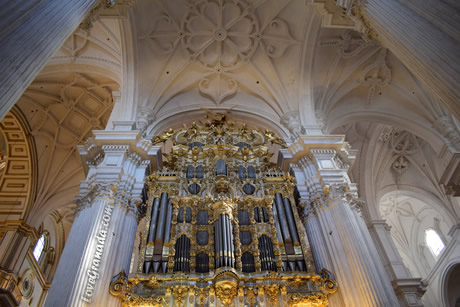 Carlos V, always respectful to the memory of his ancestors, made sure that the Cathedral was built in accordance with desires of the Catholic kings.

The first stone of the Cathedral of Granada was laid in 1523 on the site of the ancient mosque. Its architect was Enrique Egas, master of the Old Gothic School.

These works, concentrating on the foundations, lasted five years. 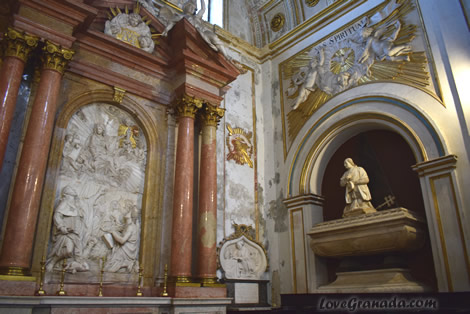 Egas was replaced by Diego de Siloé, another Spanish artist trained in Italy. His first decision was to change the Gothic style of Granada Cathedral to the Renaissance style.

He persuade the King to change the style, which was possible because what built Egas was only the foundation.

And herein lies the skill of Siloe, to build a Renaissance cathedral on Gothic foundations. 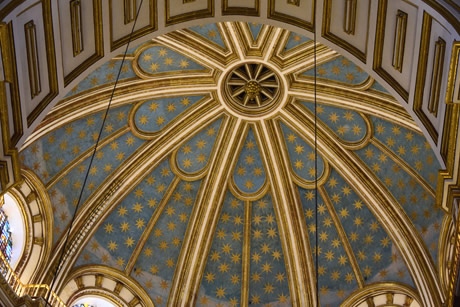 Granada Cathedral has many chapels of different ages and styles, the most interesting being the chapel of Nuestra Senora de la Antigua.

The Cathedral of Granada was left incomplete in its facade. Of the two towers planned, only one was built one and its height had to be lowered because the foundations for a Gothic cathedral could not resist the heavy mass of the tower.

Note: the tombs of Los Reyes Catolicos are not in the cathedral itself but in the adjacent building. The Royal Chapel is only accessible by paying a separate fee at a separate entrance.

Admission Prices and Where to Buy Your Entry Tickets

You can buy tickets directly at the ticket office of the Granada Cathedral. The Cathedral is open again for cultural and touristic visits on a temporary schedule.

Location and How to Get to the Cathedral 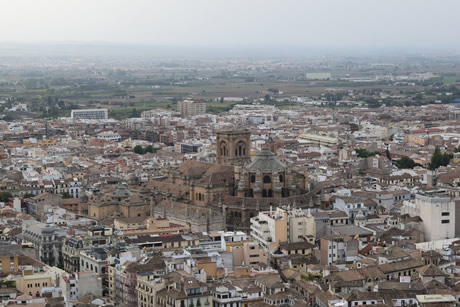 Granada Cathedral is located in the center of the city, between Oficios, Carcel, Plaza de las Pasiegas y la Gran Vía de Colón streets near some of the most important buildings of the Arbic era: Madraza, Banuelo, la Alcaiceria, etc.

You cannot access Granada Cathedral by car because the city center is closed to private transport.

You can also get to the Cathedral by Taxi, taxi are allowed to circulate in the city center.

© Copyright • LoveGranada.com • Any use of the content, including copying of it in whole or in part is prohibited.
Opinions about Cathedral of Granada
Artefacts and paintings are amazing

Beautiful historic cathedral of Baroque architecture that marked the beginning of renaissance style. The colour of the artefacts, icons, carvings and paintings are amazing.

It is a very big cathedral located right in the centre of Granada, you need around 1 hour to see it. Very good price, 5 euros with an audio guide included.

Alhambra Tickets
Where and how to buy tickets for the Alhambra and where to collect them, what to do if tickets are sold out.
Home » Granada Monuments » Granada Cathedral