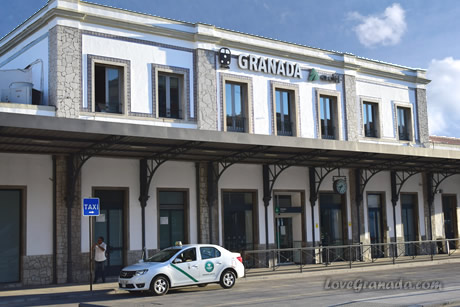 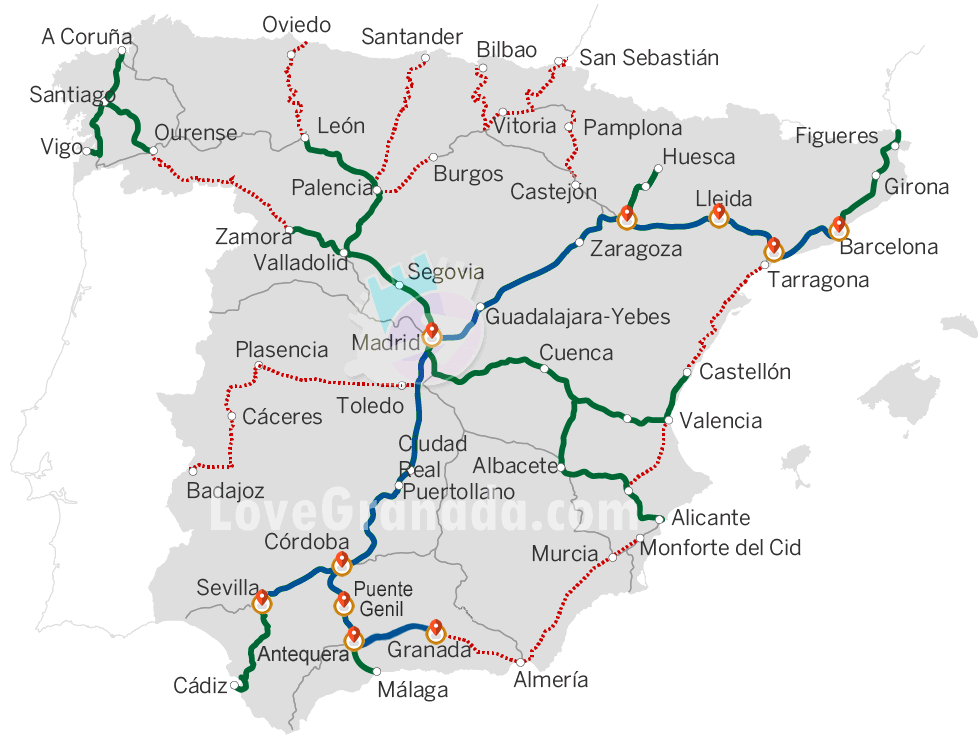 These high-speed trains called AVE can reach a maximum speed of 330 km per hour (over 205 miles per hour). There are two different models: one with 310 seats, and the other one with 359 seats.

On both routes there are stops at Antequera (Málaga) and Córdoba city, offering four daily trains per direction for these destinations.

These trains are the same ones that go to Madrid and Barcelona. They stop in these cities before reaching their final destination. 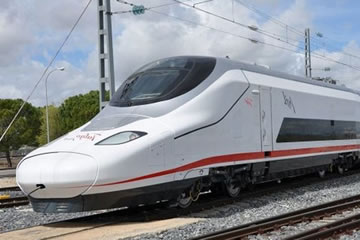 What does AVE train stand for?

AVE stand for Alta Velocidad Española (literally High Speed Spanish). They are high speed trains that can reach 300 km/hour (186 miles/hour) speed and use special high speed tracks. There are 568 km (352, 93 miles) of high speed tracks between Granada and Madrid.

What are the train times for Granada - Madrid? 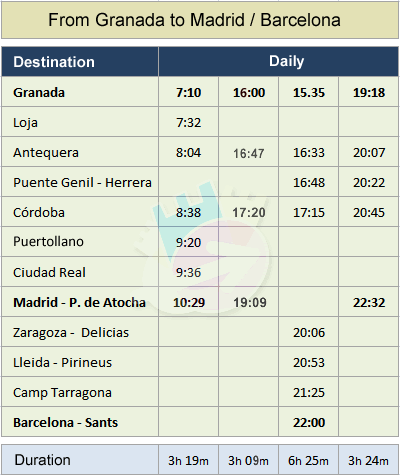 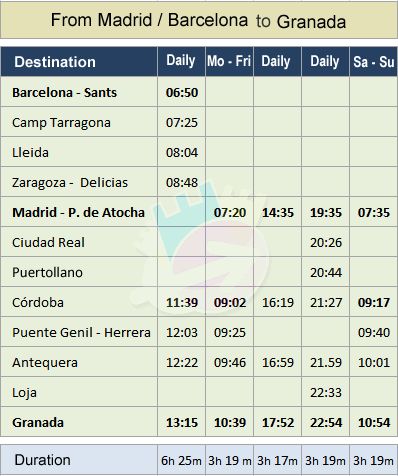 How much do Granada-Madrid train tickets cost?

The price for a ticket in economy class with flexible rate is between 30 and 80 euros one way.

What are the train stops and times for Granada-Barcelona?

The AVE takes about 6 h and 25 min from Granada to Barcelona. There is a daily train departing from Granada at 15:35, and from Barcelona at 6:50. 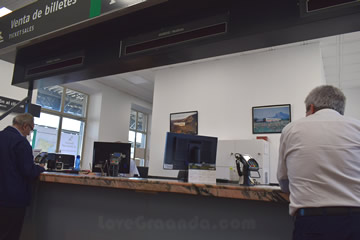 During the journey the train stops at:

How much do Granada-Barcelona train tickets cost?

The trip to Barcelona costs between 60 and 120 euros one way ticket with Flexible fare.

How long is the train jorney from Granada to Seville? 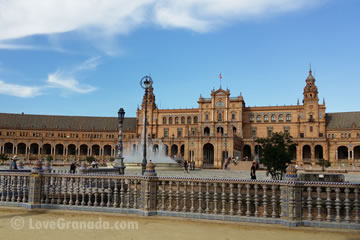 The journey time between Granada and Seville is between 2 h 20 m and 2 h 45 m. Trains stop at Loja, Antequera-Santa Ana, Puente Genil-Herrera and Córdoba.

In Córdoba the trains have to reverse the gear to change the direction, so the stop here is a bit longer (about 5 mins).

To compare, the fastest bus from Granada to Seville takes 3 hours, and 4 h 30 m the slowest. The bus price is much cheaper, between 5 and 30 euros.

What is the price of the train ticket Seville - Granada?

The minimum fare for the Seville - Granada train is 47 euros. If you buy a rail pass, the travel jorney would be cheaper.

What are the train schedules from Granada to Seville?

There are four trains from Granada to Almeria. The train arrives to Huércal-Viator, where you will take a bus to Almería.

The ticket price is 20.80 one way and the journey takes about 3 hours.

Where to Buy Train Tickets in Granada?

There are three ways to buy your train tickets:

2. At Granada train station, where you can pay by card or cash.

Here you can also get more information about ticket changes, refunds and bookings.

You can find more information about car rental, locker, cafeteria and other services in Granada Train Station.

© Copyright • LoveGranada.com • Any use of the content, including copying of it in whole or in part is prohibited.
Opinions about Granada Trains
No reviews yet.

Alhambra Tickets
Where and how to buy tickets for the Alhambra and where to collect them, what to do if tickets are sold out.
Home » Granada Transport » Granada Trains