How to Get to Granada by Bus, Train, Taxi, Airplane or Car

Granada has good air and ground connections that provide easy access to the city by various means of transport: plane, bus, train, car and taxi. 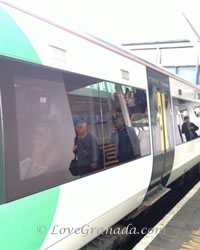 Granada Airport is 20 km from Granada and has very good communications with the capital.


Getting from Granada Airport

Visitors can reach Granada city centre in a special airport bus service. This bus runs through the centre of Granada and terminates at the Exhibition and Conference Centre. More information at: Granada Airport Buses 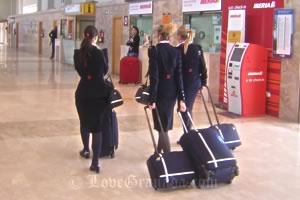 You can also get to Granada by taxi. A taxi from Granada Airport to the city centre costs around 30 euros.

It is better to ask how much it will cost before getting into the taxi, because the taxi drivers sometimes charge you a higher price, especially if you're from abroad.

On the trip to the Airport there is no fixed price, the taxi meter is used.

More information (prices, tips, and how to book) at Taxis in Granada.

How to Get to Granada by Air 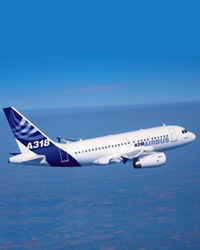 ☆ Albaicin and Sacromonte Guided Tour: discover this old arab quarter of Granada with this guided tour.
Granada Airport has good connections with other Spanish cities like Madrid, Barcelona and Palma de Mallorca but there are direct international flights. 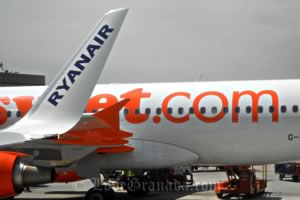 The nearest airport with a better range of international flight destinations is Malaga. Buses from Malaga to Granada run every one to two hours and take only between 1.5 and 2 hours.

You can buy a bus ticket from Malaga to Granada at www.alsa.es. The ticket costs around 15 euros.

The last bus to Granada is at 21:30; if your flight arrives at 21:00 or letter, you will have to spend the night in Malaga or take a taxi to Granada, which can cost about 180 euros.

How to Get to Granada by Bus from Another City

Granada is connected by bus with the other Spanish cities, most principal towns along the Mediterranean coast and with several international destinations. More information at Granada intercity buses. 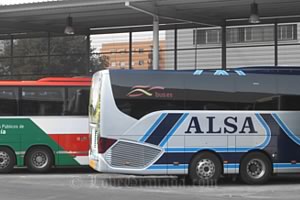 The newspaper El Ideal publishes daily a useful page with information on timetables and telephone numbers of all bus companies. Please note that there is only one daily bus serving some of these villages, for example Montefrio.

It takes about 5 hours by bus from Madrid (Estacion Sur - Southern Station) to Granada Bus Station with Alsa company and the ticket costs around 20 euros. The travel time by bus is about the same as by train but the bus ticket is much cheaper. There also some direct buses from Barajas Airport in Madrid to Granada. You can buy tickets at www.alsa.es.

From the Bus Station

From the Bus Station you can reach Granada city center taking bus routes N4, SN1, SN2 and SN5 in a journey that takes about 20 minutes.

Information on the bus stops along these routes can be found in Granada Buses Network Maps.

From Malaga Airport to Granada 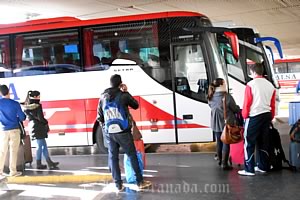 There are several direct buses from Malaga Airport to Granada and it is advisible to buy your tickets in advance to get a seat.

As it was mentioned previously, Malaga - Granada buses run every 1-2 hours and journey time is 1.5-2 hours.

How to get to Granada by Train 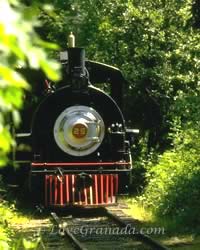 ☆ Albaicin and Sacromonte Guided Tour: discover this old arab quarter of Granada with this guided tour.
The visitor can go to Granada by train from Madrid, Barcelona, Sevilla, or other cities in Spain. Granada has no high-speed rail but has long distance lines, including:

Madrid-Granada: it takes 4.5 hours, there are two daily trips - morning and evening, and the ticket prices start from 27 euros.

Barcelona - Granada: the trip takes almost 12 hours, 1 train in the evening, and the ticket prices start from 30 euros.

Another option is to go from Madrid o Barcelona to Antequera in the high speed train and there take a slower train to Granada. 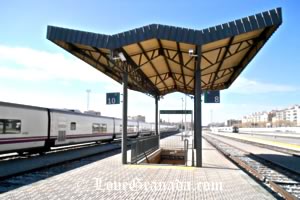 Journey time would be about the same as going directly to Granada but it is faster to go from Barcelona to Granada with Ave - high speed trains.

Seville - Granada: the trip takes about 3 hours, four times a day, and the ticket prices start from 30 euros.

Granada Train Station is in the heart of the city.

How to Get to Granada by Taxi

Taxi stands are located in front of Granada Airport, Granada train and Granada bus stations. The taxis should not cost more than 10 euros to most places in the centre of Granada. Always check the taxi meter before you pay!

How to Get from Malaga to Granada by Taxi 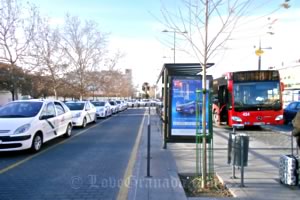 Malaga Airport Taxi provide licensed door to door taxi and minibus transfers from AGP to Hotels and private accommodation in Granada for 1 - 21 persons.

Over 90% of the vehicle fleet of this company is Mercedes (E Class, Viano Avantgarde & Sprinter) with an average age is less than 3 years old.

Payment is made to the driver in cash or by credit card according to preference. No advance booking payment is needed. Driver meets inside the arrivals hall inside the airport or at your accommodation in Granada.

How to get to Granada by car?

Granada Airport-Granada: From the airport you can go to Granada directly by the A-92 motorway. The airport of Granada is located 17 kilometers from the city. It takes about 15 mins to get to Granada by car if you go to the north of the city, and 5 more mins if you go south on the A44 / E902 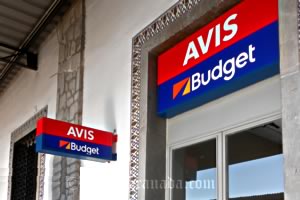 Tropical Coast-Granada: The Costa Tropical and Granada are connected by the motorway A44/E902, it takes 50 minutes to Salobreña.

You can rent a car in Granada city or directly in the airport of Granada.

© Copyright • LoveGranada.com • Any use of the content, including copying of it in whole or in part is prohibited.
Opinions about How to Get to Granada
No reviews yet.

Alhambra Tickets
Where and how to buy tickets for the Alhambra and where to collect them, what to do if tickets are sold out.
Home » Granada Transport » How to Get to Granada