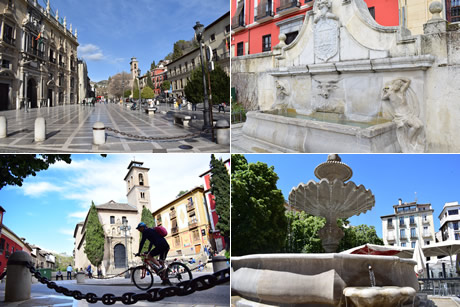 Despite its name Plaza Nueva (New Square), it is the oldest square in Granada and lies between the modern centre and the Carrera del Darro. 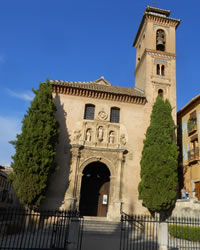 From Plaza Nueva in Granada, you can walk up to the Alhambra or sit in one of the terraces and have a beer after visiting Granada's monuments. 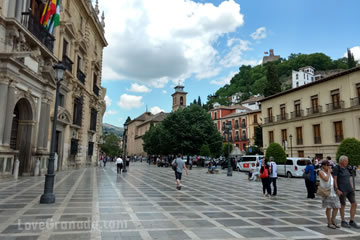 Around the square are several important buildings such as the Royal Chancellery and the House of Pisa, and nearby is the lively Calle Elvira, from where you can reach the Albaycin

A Little Bit of History

The Plaza Nueva was formerly one of the most important parts of the city where various tournaments, games and bullfights were held.

Spread over the Darro River, which now runs underground, it was founded in the Christian era. 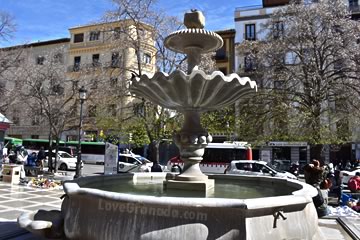 Once the bridge of al-Hattabin (Bridge of Loggers) on the River Darro joined the Plaza de San Gil with the current Cuchilleros.

In 1499, the bridge was widened with a brick arch made by the moor Ali de Mediana, but it was not enough to support a great number of people crossing the river, and in August 1506 the formation of the square was authorized.

The Plaza Nueva was initially laid out as far as the slope of the Gomerez, but it was later extended to the modern Plaza of Santa Ana, completed in 1515 by the mason Miguel Sanchez de Toledo. 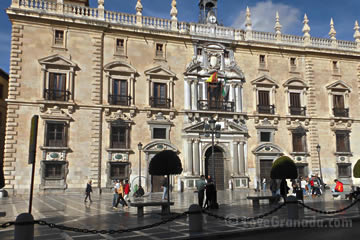 The Plaza Nueva has been and remains a genuine representation of Granadian life.

In the summer, the Plaza Nueva is a good place to have a drink on the terrace. It's also a good area for young people to stay in a hotel or apartment as it is near pubs and bars.

Where is Plaza Nueva Located?

During your stay in Granada, you will pass by this square more than once, when you go or come from somewhere, as it is located in the centre of the city, near the Cathedral and Isabel Catolica Square.

How to Get to Plaza Nueva?

© Copyright • LoveGranada.com • Any use of the content, including copying of it in whole or in part is prohibited.
Opinions about Plaza Nueva in Granada
Bar La Hacienda Plaza in Plaza Nueva

A week ago we visited Granada, Malaga and Cordoba. In general my vacation was very good. Althrough I would like to complain about one bar/tapas/restaurant named "La hacienda plaza", plaza Nueva n 3 Granada.

I got a bill where they coundn't justify the price for the drinks because it was not indicated on the card nor the bar, in addition prices which are mentioned on the card are increased with 20%, finaly we eat a tapaz and where realy very sick for different days.

I asked a compains form but they didn't give it to (Alfons).

Alhambra Tickets
Where and how to buy tickets for the Alhambra and where to collect them, what to do if tickets are sold out.
Home » Granada Beauty Spots » Plaza Nueva in Granada