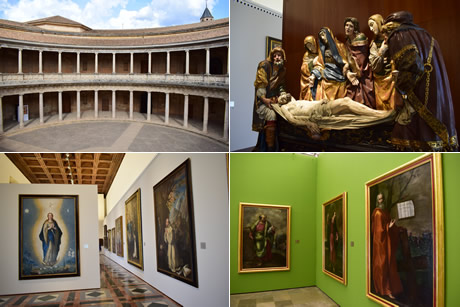 The Fine Arts Museum in Granada was the first public museum in Spain. It was founded in 1839 and was temporarily located in different places until 1958, when its collection was finally brought to the Palace of Charles V, in the Alhambra. Today the museum has over 2.000 items. 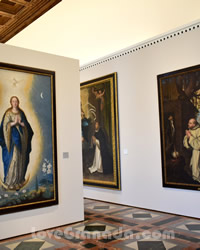 An essential part of its collection is made up of religous art created for the many important monasteries and convents that floursihed in Granada under the patronage of the Catholic Monarchs.

One of the most impressive item is the sculpture "The Burial of Christ" by Jacobo Florentino (photo).

The museum is located on the first floor of the Palace of Charles V and has nine rooms for its permanent collection and one room for temporary exhibitions.

Artworks have been displayed in chronological order, beginning with Room I dedicated to the end of the XV century and Room IX focusing on contemporry art.

The Fine Arts Museum of Granada has a library specializing in Renaissance and Baroque paintings and sculptures. 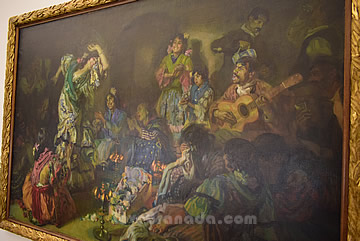 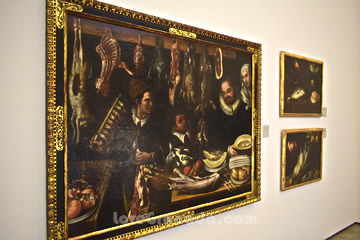 Contact Details and How to Get to the Museum

How to Get to the Fine Arts Museum 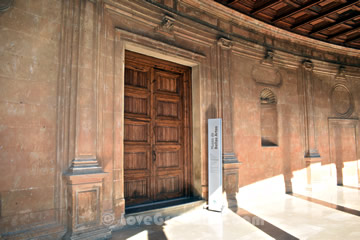 By Bus: You can reach the museum in bus rutes C30, C32 or C35, the bus company is called Alhambra Bus, the bus stop where to get off is called 'Alhambra'.

On Foot: More information in How to get to the Alhambra.

© Copyright • LoveGranada.com • Any use of the content, including copying of it in whole or in part is prohibited.
Opinions about Fine Arts Museum in Granada
The best fine arts museum in Granada

The best fine arts museum in Granada, just above the Alhambra museum (which you should visit as well). Good selection of art pieces from ancient monasteries and churches of Granada.

This art museum has several rooms with more than 2000 beautiful paintings and sculptures by the finest artists of Andalucía like Alberto Cano, very famous sculptor and a painter. You can find a lot of his work in Granada.

The period of history starting from the Nasrid era up to the present day.

Worth a visit, only €1.50 entrance fee.
Good local art museum

The museum is located on the top floor of the Carlos V Palace inside of the Alhambra compound.

Good collection of the painting and sculptures from the Granada’s artists from the 17th - 20th century.

In the 9th century the Spanish government expropriated all religious art from the monasteries and churches. Most of the objects found here are those expropriated items.

Alhambra Tickets
Where and how to buy tickets for the Alhambra and where to collect them, what to do if tickets are sold out.
Home » Granada Museums » Fine Arts Museum