On 1 February is the day of Granada's patron saint: San Cecilio. It is a tradition to go to the procession and visit the catacombs at Sacromonte Abbey. 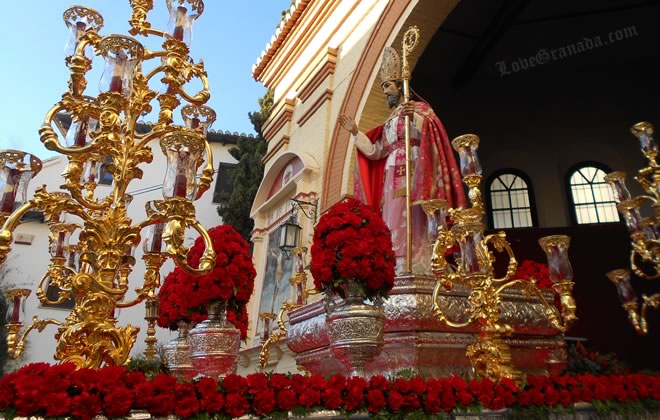 Since the 1st of February is usually a working day, celebrations take place on the first Sunday of the February.

In 2020 the festivities of San Cecilio will be held on Saturday 1 February and Sunday 2 February. The 1st of February there is a short procession around San Cecilio church in the Realejo quarter.

On Sunday a popular pilgrimage will take place. Many people will walk all the way up from Granada to the Sacromonte to visit the catacombs of the saint. 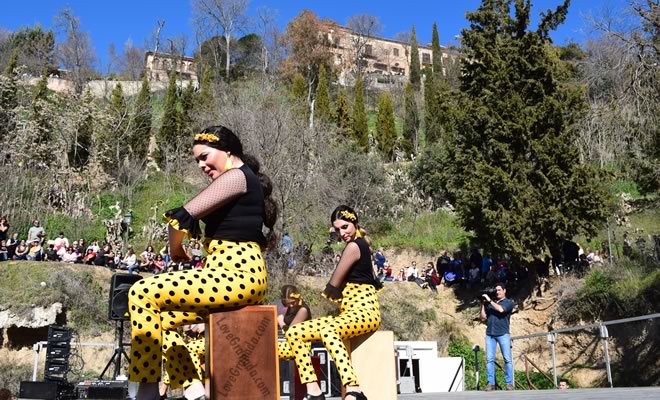 It is believed that San Cecilio was one of the three envoys sent by St. Peter to Spain for evangelization. The other two were Isio and Tesifon.

When they gathered in the catacombs of this mountain with nine other priests, they were surrounded by the Romans and martyred.

His disciples wrote the story in a lead sheet and hid it between two stones, one white and one black, and were thrown into the river Darro. 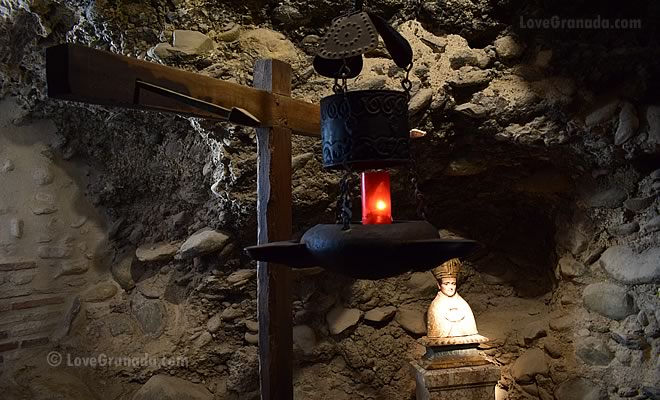 They were discovered in 1595 and sent to Rome in order to confirm its authenticity. The originals are still preserved there.

After that an abbey and collegiate were built near the catacombs.

There is an old popular tradition about the stone located in the abbey. You should touch the white side of the stone if you want to get married soon.

The first part of the festivity takes place inside the Sacromonte Abbey, where there is a religous ceremony. Then you can visit the catacombs, which are free only this day. 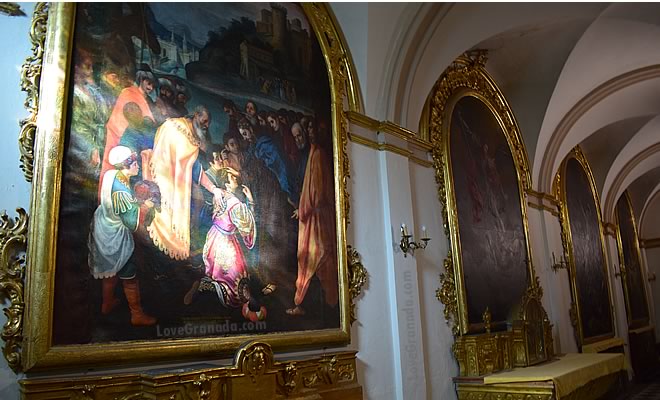 By the abbey, people gather for lunch. There will be some free food provided by the Town Hall. This traditional tapas are "salaíllas" (a salty bread with olive oil) and fresh broad beans (habas) from Granada fields.

There will also be some music and folk groups performances.

How to Get to the Sacromonte Abbey

Departure from Plaza Nueva on the bus route C34, or you can take C31, C32, get off at Calle Peso de la Harina (next to the Cuesta del Chapiz, just before the Camino de Sacromonte). 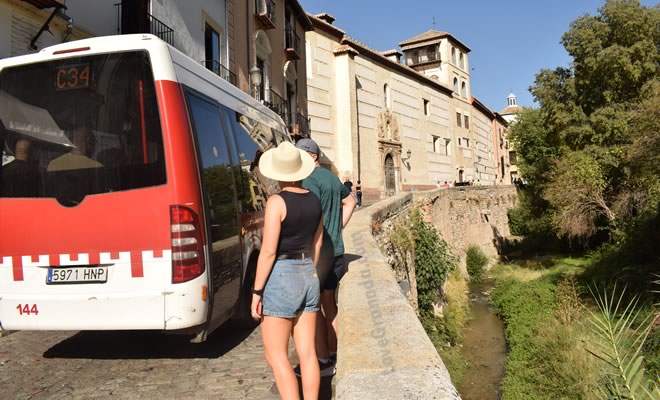 C1 bus does not reach the Sacromonte Abbey. The bus stop Calle Peso de la Harina is about 1000 meters from the Abbey. But it is a very nice walk.

Neither you can get very close to the Abbey of Sacromonte by car. Drive to the Caretera of Murcia than Camino Viejo del Fargue and park at about 1000 meters away from the Abbey.

Personal data protection policy.
Opinions about San Cecilio in Granada
No reviews yet.

Please send your suggestions and thoughts. Your opinion will be of great help to other visitors.
Sponsored Links
Alhambra Tickets
Where and how to buy tickets for the Alhambra and where to collect them, what to do if tickets are sold out.
Home » Granada Festivals » San Cecilio in Granada