Málaga - Granada By Bus and Train, plus Other Travel Options 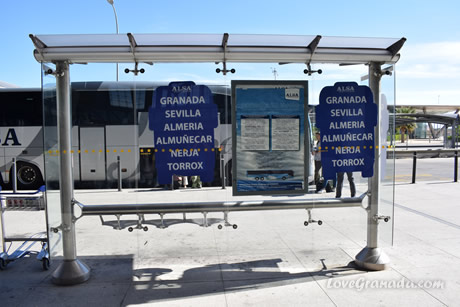 Málaga and Granada are two of the most visited cities in Spain and they are only 82 miles apart. If you are planing to visit one of them, perhaps you should consider travelling to the other one too.

There are several options to go from Granada to Malaga: by bus, by train, car, or by by plane. 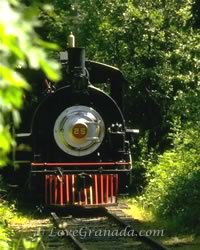 Here you can see detailed information about all possible options.


Travelling from Málaga to Granada on a Bus

This is the cheapest and fastest option. It takes about 1h 45 min. to arrive to Granada from Málaga. The average ticket price costs about 12 euros (one way) / 23 euros (round trip). 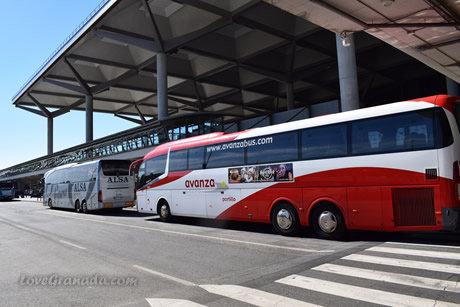 There is a special bus service called Supra, which offers very comfortable seats (with individual seating area), wifi connection, entertainment screen and a bottle of water.

There are more than 30 daily buses from Granada Bus Station to Málaga. Some of them have Málaga Airport as a final destination, and all of them stop at Málaga Bus Station (Paseo de los Tilos s/n).

Be careful when you load your luggage if you are traveling on a bus that goes to Málaga Airport. They usually pack all luggage on one side of the bus according to your destination. Ask the driver.

If you want to go to Málaga Airport, the last bus departs from Granada at 18:30, reaching the airport at 20:45. This is a Monday to Friday schedule, it might be a bit different during the weekend. 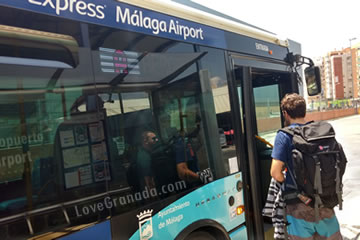 The distance from Málaga Bus Station to Málaga Airport is around 10 km ( 6 miles), and it only takes about 30 mins by bus.

From Málaga Airport to Granada the first bus departs at 06:30 in the morning. It stops at Málaga Bus Station at 07:00 and reaches Granada at 08:45.

The last bus heading to Granada from Málaga Airport departs at 22:40, stops at Málaga Bus Station at 23:00, and reaches Granada by 00:45.

Nowdays, this is the fastest and, probably, most comfortable way to get to Granada from Málaga, and vice versa. 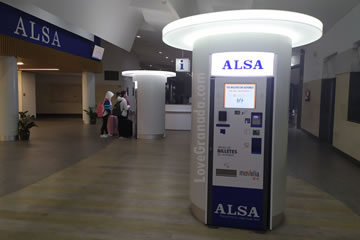 You can check availability and buy tickets in advance on their website. They charge 2.60 euros extra if you buy online (per person).

You can also buy Málaga - Granada bus tickets at the bus station. However, make sure you get there on time because there could be a long queue of people, since there are not ticket offices, but two selling machines.

Trains are more comfortable than buses, but, unfortunateley, there are not direct trains from Málaga to Granada. You need to go to Santa Ana train station, in Antequera, to be able to take a train to Málaga. 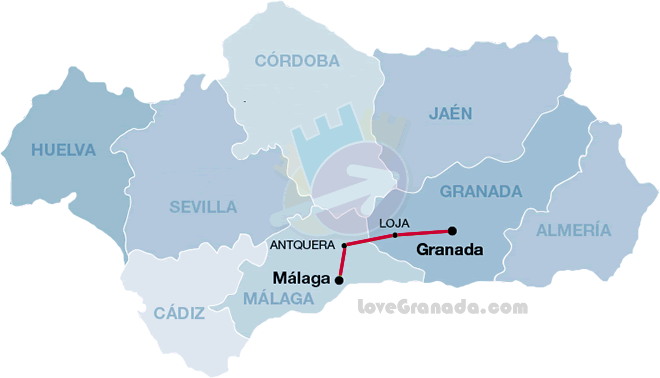 It takes about an hour by train or bus from Granada to Antequera, and approx. 30 min from Antequera to Málaga by train. Although, you need to take into account the waiting time at Antequera train station.

There are many daily trains from Málaga to Antequera, some of them are high speed trains (AVE) and other ones are not. Only AVE trains connect Antequera with Granada, and they are much more expensive. 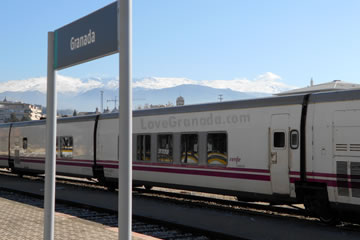 If you arrive to Antequera on a normal regional train you will have to make the connection with Granada by bus. There are not normal train services in Granada, this connections are made by buses.

At the moment, in Granada train station there are only high speed train (AVE) services.

Train tickets for regional services connecting Málaga to Antequera, plus the bus service from Santa Ana train station to Granada train station, costs around 20 euros round trip. The journey is a bit of a hassle.

If you travel from Málaga to Granada by AVE the price rises to 60 euros aprox. (round trip), including the train connecting Antequera with Granada. It takes about 1 hour 30 mins. It's more expensive than travelling by bus and less comfortable.

Where can I buy Málaga - Granada Train Tickets?

RENFE is selling train tickets online. Visit their website and check the best train connections for your trip to Granada or Málaga.

There is no extra cost for buying tickets online and they usually have special offers on selected dates, and discounts for round trips, pensioners, students and large families.

Get from Málaga to Granada by Taxi

You can take a taxi from Granada to Málaga, but the price is about 135-160 euros. This option costs way too much, specially if you are travelling alone, but it's fast and comfortable.

You could take it into account if you are sharing the taxi with other people, or there is an emergency. 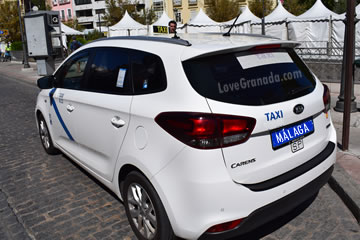 More information about taxis to Granada in Granada Taxi.

Rent a Car to Travel from Granada to Málaga

If you rent a car, you can drive to Málaga easily.

Motorway A92M wil take you directly to Málaga. It is a nice journey, across some beautiful countryside and pleasant to drive.

Renting a car gives you greater flexibility. You won't be tight to a schedule and could visit some other places along the road.

You can see more information about car rental in Granada car hire.

Travel from Granada to Málaga By Plane

There is no direct flight connecting Granada to Málaga. If you wish to fly, you will need to get to Madrid and there get a flight to Granada or Málaga.

This may not be practical, it takes a very long time and it is much more expensive.

More information about flights to Granada in Granada Flights.

© Copyright • LoveGranada.com • Any use of the content, including copying of it in whole or in part is prohibited.
Opinions about How to Get from Malaga to Granada
No reviews yet.

Alhambra Tickets
Where and how to buy tickets for the Alhambra and where to collect them, what to do if tickets are sold out.
Home » Transport » Travel from Malaga to Granada