There is a bus service running from Granada bus station to Sierra Nevada ski resort. This route is operated by the company Autocares Tocina.

Sierra Nevada buses depart from Granada Bus Station. That is the only bus stop in Granada.

You can buy Sierra Nevada bus tickets at Granada Bus Station. Bus tickets are also available online at autocarestocina.es. The price is 5 euros one way and 9 euros return. 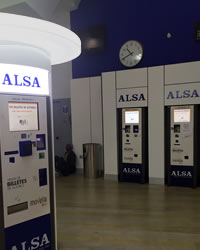 Normally, there are tickets available for the same day. However, it would be better to buy the tickets in advance or arrive at the Bus Station 20-30 minutes before departure. 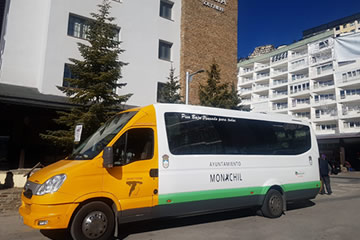 Last departure from Pradollano Parking 1 at 23:30 h Sunday to Thursday and at 03:30 h Friday, Saturday and Holidays.

These buses run every 20 minutes.

You can also buy a combined ticket Granada + Sierra Nevada with 15% discount.

Bus from Granada to Sierra Nevada 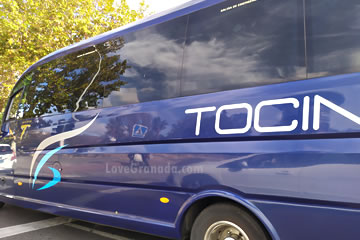 From Sierra Nevada to Granada

Departure from La Hoya de la Mora at 17:00 h and from the parking Pradollano at 17:10 h, the bus stop is in front of the Hotel Melia Sierra Nevada.

Is it possible to carry bicycles on the bus that goes to Sierra Nevada?
Yes, it is. Also, it is allowed to carry ski/snowboard equipment on this route.


Is there a bus connecting Granada Airport with Sierra Nevada?
No, there isn´t. You will have to take the bus from Granada airport to Granada, operated by Alsa, and get off at Granada Bus Station. There you can take Sierra Nevada bus.

Please send your suggestions and thoughts. Your opinion will be of great help to other visitors.
Sponsored Links
Alhambra Tickets
Where and how to buy tickets for the Alhambra and where to collect them, what to do if tickets are sold out.
Home » Granada Transport » Granada Buses » Buses to Sierra Nevada